latest
from the blog

Summary of 2020 Google Search Algorithm Updates & How They Impact SEO

One of the main advantages of internet is supposed to be its ability to provide you with easy and quick access to loads of useful information on just about anything that you might be interested in. However, as soon as people learned to talk they also learned to lie, and as soon as they came up with internet they began making it less trustworthy. Finding information that you can absolutely trust is becoming something of a challenge, and by perpetuating the idea that you can usually get away with lying online, even when you’re caught, we’re just robbing ourselves of most of the benefits that the World Wide Web could provide.

Luckily, not everyone is willing to just roll over and take it in stride, as evidenced by the New York state regulators who came down hard on several companies that either ordered or supplied fake reviews on certain websites. Image with courtesy of www.theguardian.com

Sites like Yelp, City Search, Rip Off Report and numerous other provide a valuable service by giving you a compendium of customer opinions on certain businesses. Ideally, this should provide you with valuable information on different institutions, which should help you make up your mind on whether you want to do business with them. However, since such reviews could significantly influence the profits of a business, it wasn’t long before people started writing or ordering either positive reviews for their business, or negative ones for their competitors. This process has become known as astroturfing and it can range from a single person trying to boost their own product by writing a couple of reviews, to hiring companies to shell out hundreds or thousands of positive or negative reviews.

The worst thing about this kind of approach to boosting your business is that you are not even engaging in false advertising, as that would only include lying about the quality of the product, you are actually lying about the source from which that assessment comes. People used to trust such reviews, believing that they came from other customers. Basically, if they saw a paid ad, they would know that it came from the company being advertised and would take the promises made in it with a grain of salt. However, when they see an online review, they expect the reviewer to be relatively impartial, which affords some credibility to the statements made. When companies exploit the reviews system in order to boost their online reputation they are not just tricking us into making use of their services, they are actually destroying our faith in the humanity and the information that we can find online. And if that wasn’t scary enough, some of the people engaging in these activities are medical professionals and people who you really don’t want to do business with based on false information. 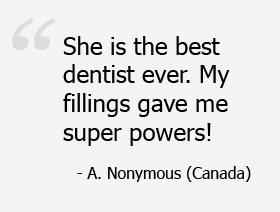 Image with courtesy of kimberlynichols.ca

Another thing that is extremely unsettling about this approach is that businesses that receive (genuine) negative reviews usually don’t focus on correcting the faults mentioned in the reviews, but instead waste their energy and resources trying to counterbalance the negative reviews with false positive ones.

While it may be easy to spot a fake review, as most of them are usually written in the same manner, by people who usually have to write hundreds of those in a week, sites hosting those reviews cannot really afford going through each review and manually removing or labeling the ones that seem fake. What they can do, though, and what Yelp and other websites have been doing for a while, is setting traps for people who want to take advantage of the system. This usually consisted of posting ads as either a company offering services of astroturfing, or one searching for a provider of those services. They have had limited success with that kind of strategy, but simply labeling a company as someone who makes use of such services was not really effective at preventing others from doing so.

However, in September, 19 companies were caught in either ordering reviews or providing them, and they have, in total, been fined $350,000 for their transgression. While this is not really an astronomical figure, and chances are that they may have earned more from engaging in these activities, this slap on the wrist by the New York regulators is probably just the beginning of the war on fake reviews. While the fines that the companies have had to pay probably wouldn’t make too many people think about changing their sinful ways, the blow that the reputation of the companies in question has suffered is not something that others should be willing to ignore. While companies that were writing the reviews probably won’t be as stigmatized, the ones ordering them will have to put in quite a lot of effort in their online reputation management and improvements to their business model if they want to be redeemed in the eyes of the public.

So if your way of dealing with online reputation management included astroturfing, you might want to find another, more legitimate strategy for boosting your client’s image in the eyes of the public. While New York is currently the only state with legal provisions for this kind of action, chances are other states will follow suite, and sooner or later, law suits against companies engaging in such practices will be quite common. Naturally, a lot of people are still getting away with this, and probably will for some time to come, but at one point the risks will outweigh the potential benefits and we just may witness the birth of a more trustworthy internet.